If you feel like some light hearted funny comedic drama this is a good film to start with.

Probably the most laughs I’ve heard during a Noah Baumbach film EVER. This film is funny. Like laugh out loud. I would take my mum to this film and that is saying a lot because she only really likes weird drama’s and things with Colin Firth.

Lets Start with the Cast:

Ben Stiller plays the ageing documentarian who has been working on what sounds like the most boring documentary I’ve ever heard of for over 10 years. Also look at him wearing a fedora… 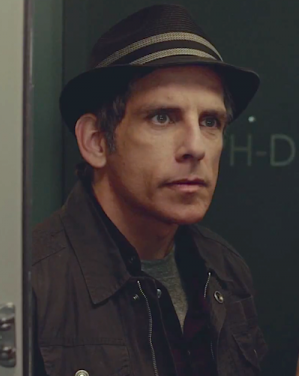 Naomi Watts: All I can say is please watch this clip of her dancing, that is all. Bless you Naomi.

Adam Driver: Possibly plays the same character in everything?? Still always very charismatic and a bit of cheeky little shit in this movie.

Dree Hemingway: Probs my fav character…even though her role is small she jumps around like a maniac and is very entertaining.

Maria Dizzi and Adam Horovitz (Beastie Boys) play the Baby CRAZY best friends of Stiller + Watts. They play what I feel like every new parent is like = insane, in love and sleep deprived.

Favourite scene: When they all visit a shaman’s house to drink hallucinogenic crap and vomit up their demons whilst getting extremely HIGH. = most people’s weekend

Overral not Baumbach’s best film… the plot does get a bit lost at a few points, but still worth a watch.